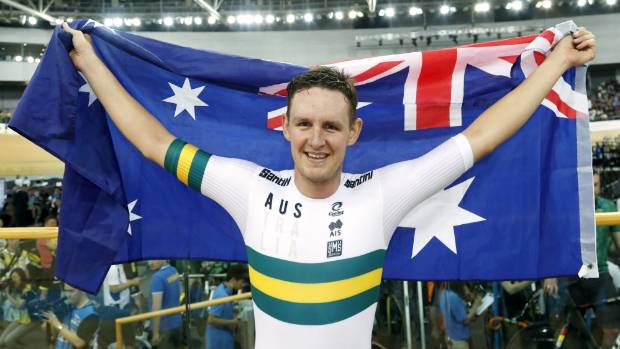 Stung by his axing from Cycling Australia’s programme, former world track champion Jordan Kerby is throwing his lot in with New Zealand to chase a 2020 Olympics berth in Tokyo.

In a press release on Thursday, Cycling New Zealand confirmed Kerby was switching allegiances in a bid to qualify for Tokyo, after receiving the news in June that his scholarship with Cycling Australia wouldn’t be renewed.

The 26-year-old Queenslander’s mother is a New Zealander with family in Wellington. 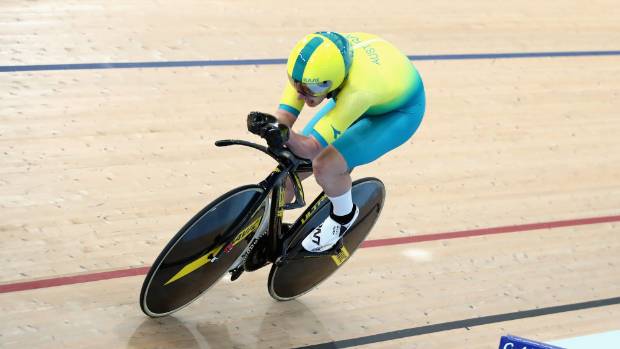 Australia’s Jordan Kerby was beaten by New Zealand’s Dylan Kennett in the bronze medal ride in the 4000m individual pursuit at the Commonwealth Games in April.

“When I was told that I was not on their [Australia’s] radar for Tokyo, I made the decision to talk to Cycling New Zealand and look to change allegiances. The Olympics is my dream,” Kerby said in a statement.

“My mother is a proud Kiwi. I completely understand that I am coming here under my own steam and with no promises.

“I know the Kiwi guys and get on well with them. Cycling New Zealand’s high performance set-up is world class. The facilities in Cambridge are amazing and New Zealand is highly regarded around the world.

“I am here to give it my best shot and hopefully add something positive to the place and earn a chance to realise my Olympic dream.”

Kerby switched from the road to the track in 2016 after being told his contract with the Drapac team would not be renewed.

Less than a year later he rode what is still one of the world’s top-five times to win the individual pursuit world title in Hong Kong in April 2017.

He was part of Australia’s men’s pursuit team who won gold at the Commonwealth Games in April, but was soundly beaten by New Zealand’s Dylan Kennett for bronze in the individual pursuit.

Cycling NZ said while it supports Kerby’s switch, which also received the blessing of Cycling Australia and cycling’s ruling body the UCI, it comes with no guarantees.

“Jordan is moving here of his own volition. We will incorporate him into our endurance group and evaluate his performances and how he fits into our group,” said Cycling NZ high performance director, Martin Barras.

​”Australia has massive depth in pursuiting and while we are pleased with the development of our young riders, and we have the potential of some others returning from the road, the reality is that we want the fastest possible team on the track in Tokyo.

“If Jordan can do his talking on the track and can fit in with our team culture, then he will be a significant asset to the programme.”