From getting scammed in China to almost dying in the stans, French expat Thomas Goncalves recounts a global journey gone awry

When Thomas Goncalves told the secretary at National Chengchi University (NCCU) he’d be arriving for his Mandarin course by bike from Bangkok, she clearly thought he was crazy.

“So I decided it was better not to tell her I’d already cycled to Thailand from France,” he says over a cup of tea after finishing his shift at Decathlon sports store in Zhonghe (中和) last month.

Goncalves certainly doesn’t seem crazy now, though he admits he might have got pretty close to the edge “once or twice in the stans.” 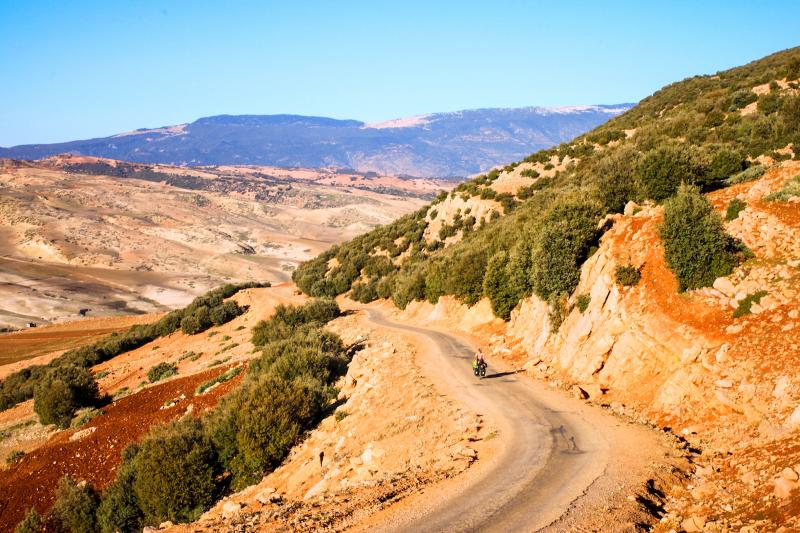 He’s referring to Turkmenistan, Uzbekistan, Tajikistan and Kyrgyzstan, where the Europe-to-China highway climbs to over 4,000m and, since he passed there early in the winter of 2015, the temperature was often well below zero.

“And even if I wasn’t going crazy, I was certainly questioning the sanity of my project,” he says. Since this involved cycling around the world on his own for five years, questioning it while sheltering frozen, exhausted and dehydrated in his tent at night, would seem to be quite rational.

It had started innocently enough: His boss Alain Thomas at the MCA Renault car factory in Maubeuge, northern France, was lamenting his lost youth, that he hadn’t traveled before he’d fallen in love and settled down. 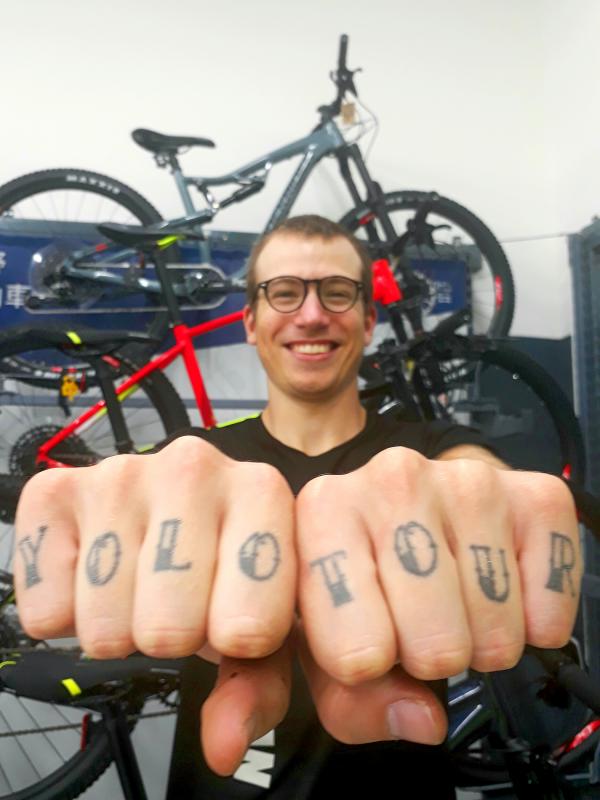 “Don’t think too much, you only live once,” he’d told Goncalves, who went home and Googled “How to do a world trip.”

After reading about people who’d driven, hitch-hiked, motorbiked, walked or ridden horses around the globe, Goncalves became captivated by the idea of cycling. Never mind that he hadn’t owned a bicycle since he was 15, and his longest ride was about three kilometers.

He worked all the hours he could, saved as much money as possible and spent his spare time studying maps, firing off questions to other globe-trotting cyclists and piecing together his ideal plan that could avoid planes and only take the occasional boat. Bizarrely, however, he still didn’t focus on improving his cycling skills. 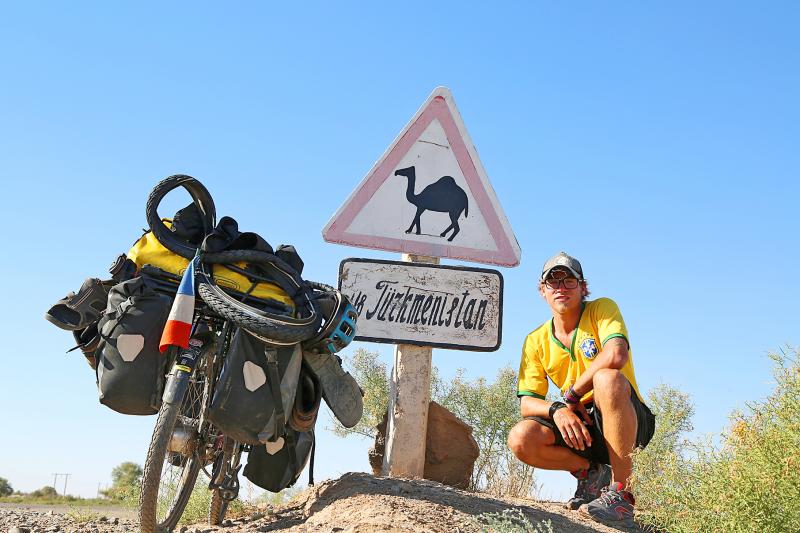 A few more practice rides might also have taught Goncalves the importance of traveling light. When he finally set off in October 2014 he took eight pairs of socks, underwear and t-shirts, as well as sandals, running shoes and hiking boots, and even a mini guitar, adding around 40kg onto his 21kg Surly Troll bicycle with Rohloff hub.

After a diversion through Spain and Morocco, he headed east through Italy, the Balkans, Greece and Turkey, where he wasted a month trying to get a visa to cross Iran. The visa office got so annoyed with his repeated inquiries, “They told me ‘Stop harassing us or there’ll be no visa.’” 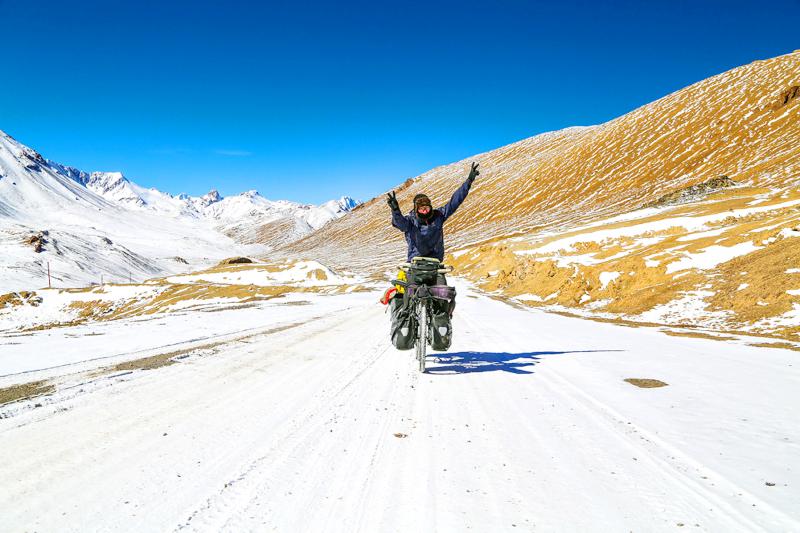 Finally across the border, Goncalves was bowled over by Iranian hospitality.

“All Muslims are welcoming of strangers,” he said, but Iran was special; even the official who stamped his passport took him aside for tea and snacks. For most of his trip he’d averaged 100km per day, but in Iran he only managed fifty, his pace slowed by locals’ unrelenting kindness. Too often cars pulled up, their drivers not letting him proceed until they’d added kilograms of fruit onto his already overloaded bike.

Half of his 30-day visa was spent in Tehran applying for visas for the four up-coming stans. Another winter was approaching and, if he didn’t get a move on, he’d be in real danger. 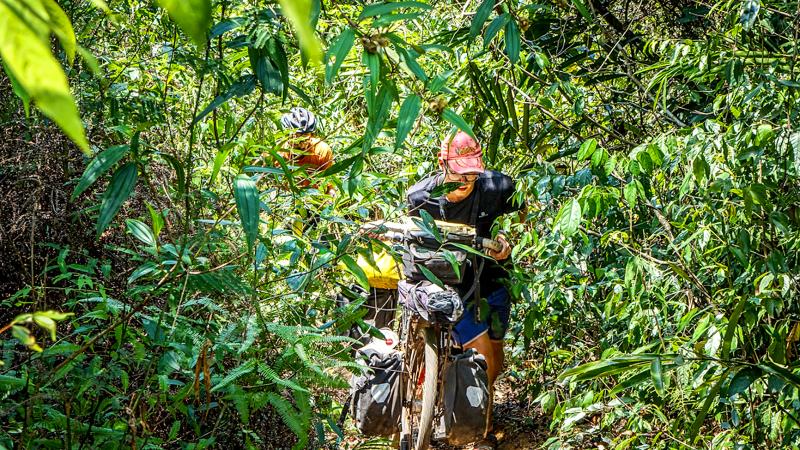 As it was, his three “near death experiences” all occurred in the next few weeks. The first was when he ran out of water in a Turkmenistan desert. He’d had five days to cover 500km, but headwinds and diarrhea meant he took unnecessary chances. One day, after hours without drinking, his body parched and shaking, his head spinning, he started hallucinating that a Pakistani man was selling juicy watermelons beside the road ahead. Fortunately, the vendor turned out to be real, not imaginary, “Though how come he was there, I still haven’t worked out,” says Goncalves.

The second was during a panic attack when he thought he might freeze to death in the Pamir mountains of Tajikistan, which he dealt with by playing music through his headphones. 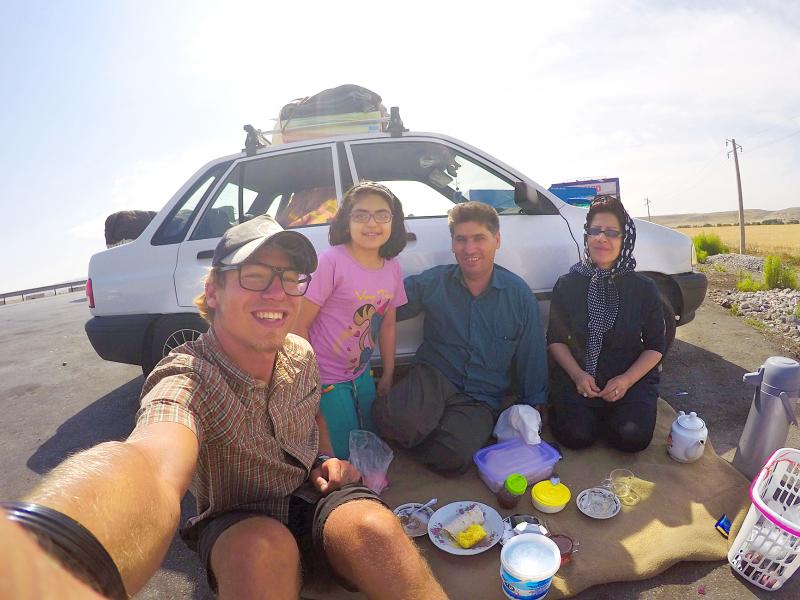 The third occurred in Kyrgyzstan when similarly camping in the snow. He’d heard some dogs barking, then thought, “Hey, there are no houses anywhere near here. Oh shit, they must be wolves.” This needed more elaborate action, so he snuck out and urinated around the tent, a trick he’d read about somewhere. He later heard wolves sniffing around, but eventually they moved on.

He was happy to reach China, crossing Xinjiang before heading south through the provinces of Qinghai, Sichuan and Yunnan.

This proved to be the low point of his trip, however, when he became the victim of a “bumping porcelain” (碰瓷) scam, commonly perpetrated by China’s criminal gangs. While he was cycling to the Myanmar consulate in Kunming, an elderly lady jumped off the curb in front of him and fell down. A dozen supposedly unbiased witnesses surrounded him, an English “translator” appeared and he was hauled off in handcuffs by the police. 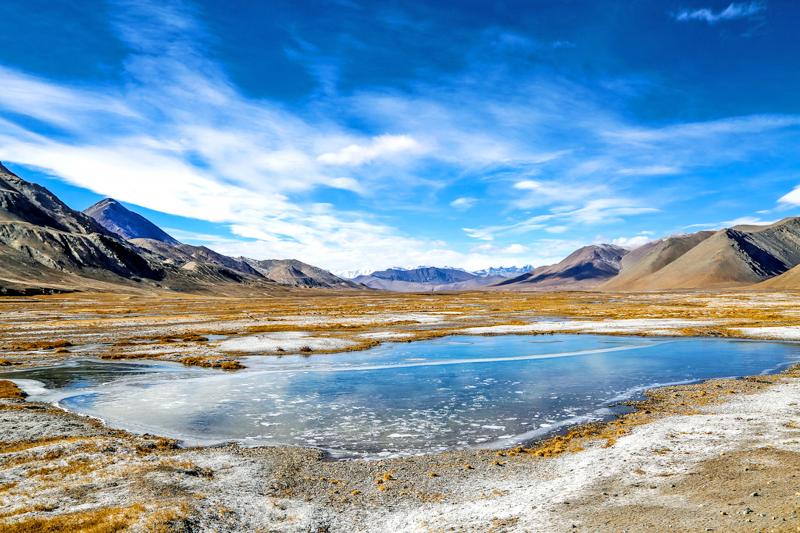 “Who may also have been involved, who knows,” he says.

Family members demanded US$3,000 from Goncalves, who, realizing he wasn’t going anywhere and might never see his bike and belongings, settled for one-third of that. Two days later he left China for Myanmar by airplane, something he had vowed never to do.

His dreams in tatters and licking his wounds in Yangon, he was befriended by Professor Craig Klafter, rector at the American University. 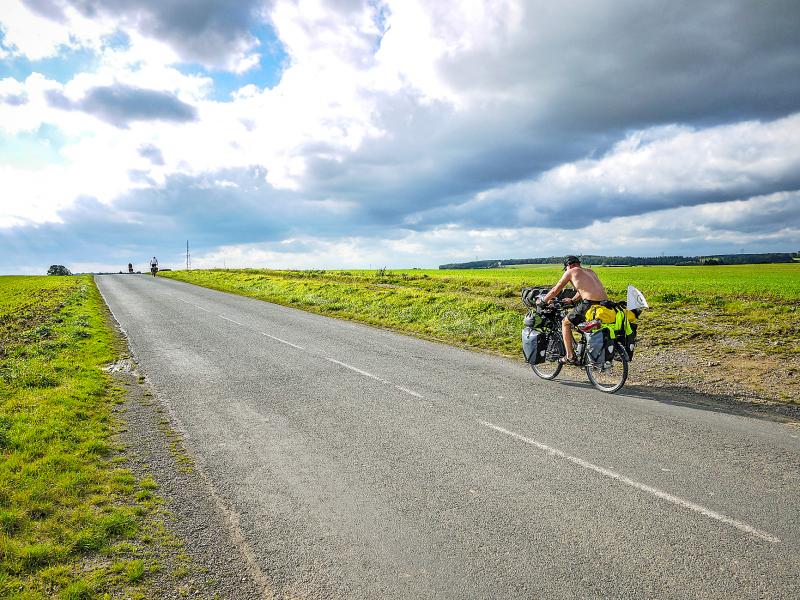 “Write down the things you like in life,” he was told. To which he wrote: geography, history and learning languages.

The American suggested he study Chinese in Taiwan.

“You’ll find the country fascinating, its people friendly, its Aboriginal and Chinese cultures multifaceted and its east coast highly suited to your passion for cycling.”

And he has. “I love it here,” he says. Repeatedly. He loves the people, he loves his job at Decathlon and, yes, even after cycling for almost two years, over 25,000km, through 28 countries, he still loves to cycle, most of all on Taiwan’s east coast.

He puts down his tea cup. “YOLO” is tattooed on his knuckles. As his ex-boss had told him: “You only live once.”

Comments will be moderated. Keep comments relevant to the article. Remarks containing abusive and obscene language, personal attacks of any kind or promotion will be removed and the user banned. Final decision will be at the discretion of the Taipei Times.