By Alice Cachia For Mailonline

A homeless man was left for dead after he was doused in fuel and set on fire in an unprovoked attack.

The horrific assault took place in the Santa Ana area of California in early April and was captured on surveillance camera.

Footage shows the homeless man sitting on the sidewalk in front of a closed business in the area of 1st Street and Broadway. 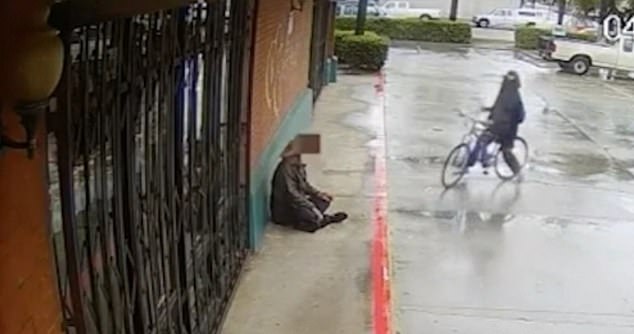 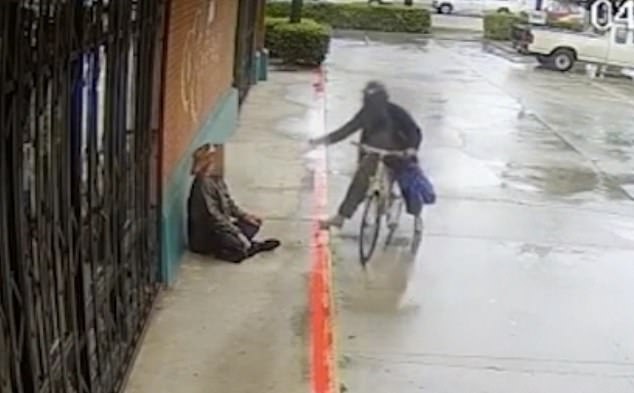 The attacker douses the homeless man, who is sat outside a closed business, with a flammable liquid

The suspect, who has since been arrested and named by police as 45-year-old Adrian Herrera, can be seen dressed head-to-toe in black and covering his face.

He nears the victim on a pedal bike and douses him in a flammable liquid repeatedly thrown from a bottle.

The victim can be seen desperately trying to scramble away as he swats the attacker and tries in vain to protect himself.

The suspect then uses a lighter to set the alleged victim on fire as flames engulf the victim’s arm and climb towards his face. 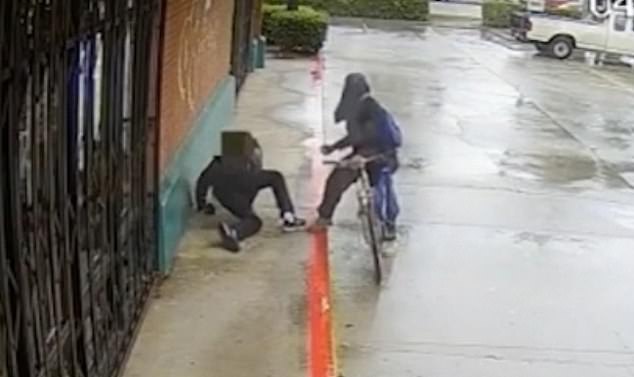 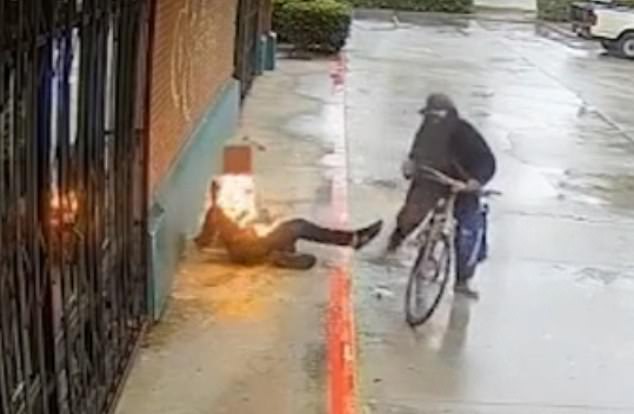 Santa Ana police froze the video at the moment the flames appear to overwhelm the victim and he slumps to the floor. The department says the man was completely engulfed, abc7 reported.

The Orange County Register said that a witness saw the victim, believed to be aged 64, and called for help.

He sustained first-, second-, and third-degree burns to his upper body in the attack so traumatic he required surgery and remains in critical condition at a local burn center.

The suspect – who police say is another transient – fled on his bike. He was arrested on Monday on suspicion of arson and attempted murder.

Officers specializing in interacting with the homeless spotted the suspect and his bicycle and detained him because he matched the description of the arson and attempted murder suspect, CBSLocal reported.

A report issued by the Santa Ana Police department on Tuesday said: ‘Detectives are collaborating with the Orange County District Attorney’s Office and working on gathering additional evidence.’