Home Cycling Nike’s indoor cycling shoe is the latest in a new type of...

Nike has been in and out of the cycling footwear industry since the 1980s. The company started by making shoes with flat bottoms for casual cycling but moved on to colourful clipless shoes by the 1990s.

In the early 2000s, the heyday of Lance Armtrong, Nike put out a ‘Lance’ shoe and the ‘Poggio 2’. But as cycling specific brands grew in popularity, interest in one-off cycling shoes weaned and by 2008 the company stopped making shoes for the public. Since then, pro cyclists such as Mark Cavendish, Laura Kenny and Adam Blythe have posted images of what appear to be prototypes. The company has seemingly finally put out a shoe for cyclists, but it may not be exactly what roadies were hoping for.

The Nike SuperRep Cycle is Nike’s first venture into indoor cycling footwear. The shoe, which will be released in North America on May 26, is made with stability and breathability in mind. Without the cooling wind of an outdoor ride, indoor workouts can be incredibly sweaty. A translucid mesh on the upper part of these shoes is coupled with a perforated sockliner and vents through the bottom of the plate to enable better airflow around the toes. 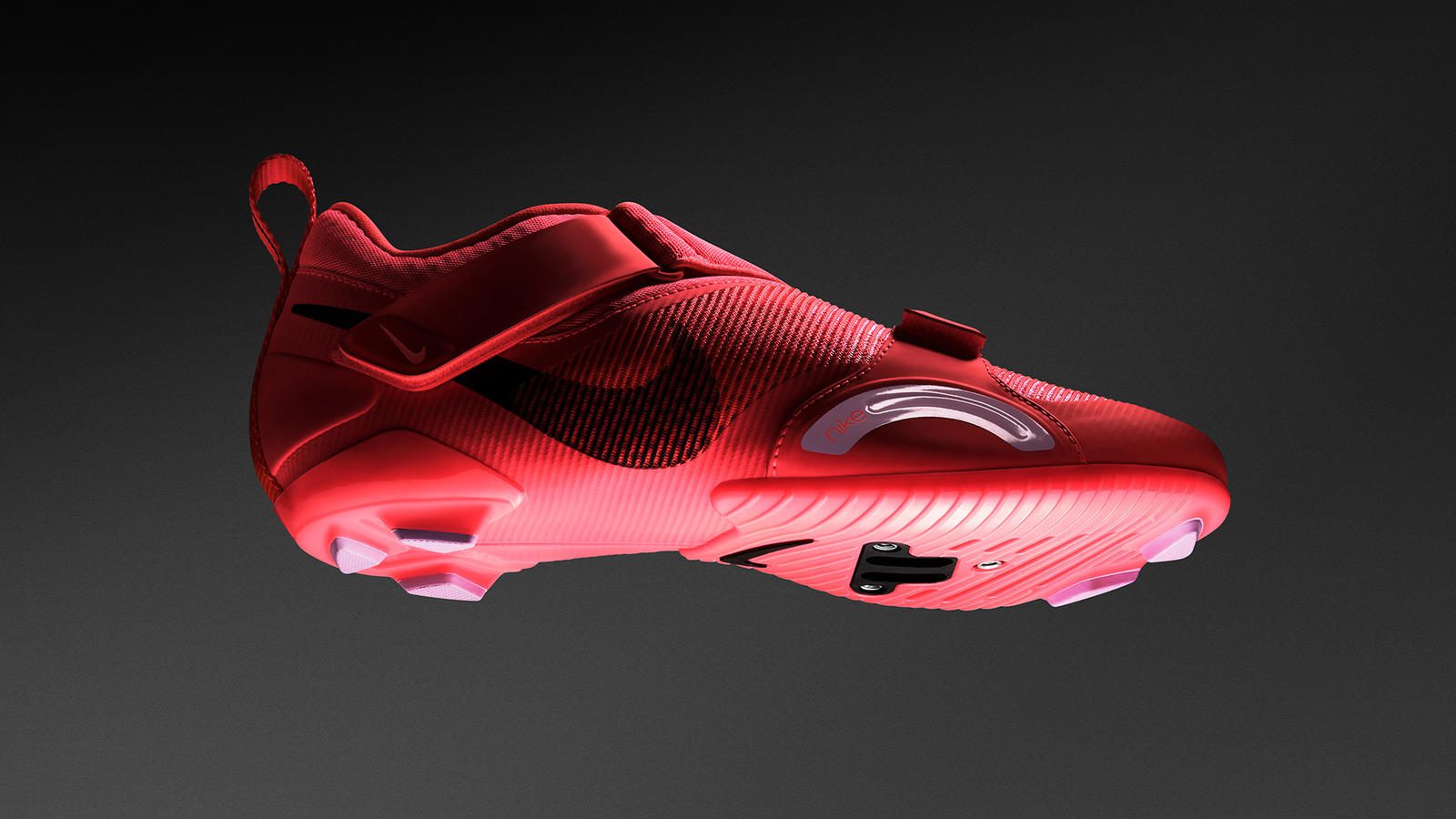 Nike designed the SuperRep Cycle around the movements specific to indoor cycling. A support arc on the shoe’s medial side helps keep feet secured during ‘Figure 8s’ or other side-to-side and lateral out-of-the-saddle combinations popularized in spin classes. The SuperReps are designed to work with pedal cages or with most cleat systems.

Shoes aren’t the first indoor-specific cycling clothing. Many North American cyclists spend a third or more of the year riding on trainers inside, and cycling apparel companies have taken note. Over the past few years, Velocio, Rapha and Le Col have all released indoor specific cycling kits, made to be lightweight, breathable and moisture wicking for sweaty indoor rides.

Some more traditional cyclists bemoan the explosive growth of the indoor cycling industry, but we tend to forget that, even with the lockdown boom, the market for indoor cycling equipment is much larger than the world of trainer-owning road cyclists.

The boutique spin class industry has blown up in the past five years. Attendees pay $20-$40 per class, where they are treated to training sessions on bikes that use clipless pedals. Members are given access to complimentary shoes each class, but serious spin class attendees have been known to buy their own equipment. Home versions of spin classes, such as Peloton, are growing in popularity and also require clipless shoes.

In 2019 Shimano released two women’s indoor specific shoes. Women widely make up the spin class demographic and both pairs are promoted with photos on indoor spin bikes. The IC5 shoe looks like a more breathable version of the standard cycling shoe, but the IC3 has more in common with a running shoe than a road cycling shoe.

What makes an indoor cycling shoe?

As of now, indoor cycling shoes are designed for spin bikes, not for outdoor bikes on trainers. Nike’s SuperRep Cycle is part of the indoor workout SuperRep shoe series made for fitness classes such as high intensity interval training and other exercises.

A familiar brand like Nike is a likely starting point for exercise class attendees and Peloton owners who may not even have an outdoor bike but are looking to buy more activity-specific equipment.

On the other hand, Shimano’s cycling products, up until this point, have only been for outdoor cyclists. These indoor only shoes are marketed towards a completely different demographic, but the company must see the potential in such a large group of consumers looking for indoor cycling specific goods.

The focus on breathable material makes these shoes well suited for sweaty indoor workouts but, for now, the small details of the designs are geared more towards the in-and-out of saddle movements of a spin class than the efforts of a Zwift race.