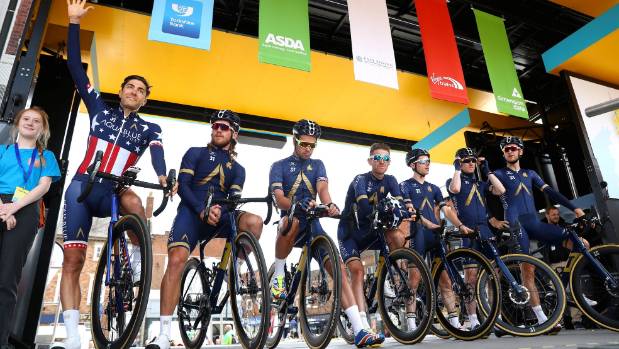 Irish cycling team Aqua Blue Sport has announced it will fold at the end of the year.

New Zealand cyclists Shane Archbold and Aaron Gate are scrambling to secure new jobs after being told their professional team will fold at the end of the year.

Irish team Aqua Blue Sport have confirmed they will not apply for a new Pro Continental licence, citing difficulties in obtaining a race invites and a failed merger as two of the major reasons for their demise.

Archbold, who competed at the Tour de France in 2016, was out for a training ride on Monday when he was sent an email by the team’s owner, notifying him of their decision. 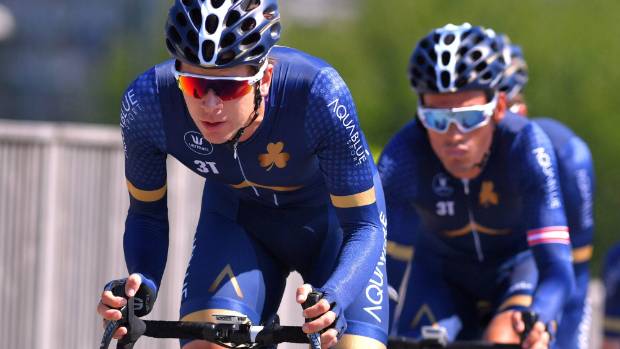 Aaron Gate , who has has spent the past two years riding for Aqua Blue Sport, is one of 15 riders now scrambling to find a new team.

As soon as he checked his phone, he turned around and rode home.

“It could be compared to a normal job back in New Zealand where you’re made redundant. But it’s a little bit different when you’ve put your whole soul in a particular thing and moved your life 18,000 kilometres away from home to pursue it and you’ve been left jobless.”

Gate, who made his Vuelta a Espana debut for Aqua Blue Sport last year, said Monday’s news came as a shock as he was under the impression the team would be continuing on.

Although he was hopeful of finding a new team for 2019, the 27-year-old said the task would become a lot harder if Aqua Blue Sport decides to withdraw from their remaining races as it would deny him the opportunity to put himself in the shop window.

“When you feel like you’ve ridden well for a team that is continuing on for years to come but then they just kick the bucket, it is a bit of a bugger,” Gate said.

“The so-called transfer window opens on the first of August so we’re a month into that period now. It is fairly late in the piece but it’s not fully over yet. There’s still plenty of time to secure a team for next year but it is does certainly leave you on the back foot,” Gate said.

“I know we’ve got the management and support staff behind the scenes, who were just as caught as the riders were by this announcement, doing all they can to convince the powers that be to keep the team afloat just until the season’s out so we have an opportunity to prove ourselves and put ourselves in the shop window.”

After a series of long-term injuries, Archbold dropped down from the World Tour ranks to join Aqua Blue Sport at the end of last year. Although his intention is to return to the top tier of international cycling in the future, the 29-year-old said the current predicament sure has “complicated things”.

“It’s been a difficult two years already and to be dumped with news like this makes it even more complicated. Sport in general is ups and downs but this is a bigger down than most would experience,” he said.

“The biggest thing for me was that I was already in the World Tour, it wasn’t in terms of poor performance that I was uncontracted, it was through continuous injury. This year was about proving myself and literally the amount of race days I had to prove I was free injury and ready to return to the World Tour. But this makes it very difficult, especially in a difficult market this season.”

It has now reached the point where both riders are seriously contemplating a return to track cycling, especially with the next Olympic Games less than two years away.

“I have some unfinished business on the track and I’d like to come back to the track one day – I’ve always said that – so maybe there’s no time like the present. In the immediate future it’s just about trying to find races and trying to get my monthly salary, I’ll sort out the rest after that.”