Home F1 Marchionne was “positive” about F1 before death

Although Marchionne had spoken out several times previously questioning Liberty Media’s revamp of F1, and threatening to pull Ferrari out of grand prix racing if rules did not suit it, it has emerged that his opposition had fallen away shortly before his death.

Todt, who knew Marchionne from his own days at Ferrari, has revealed that the pair had a dinner with F1 chairman Chase Carey in June to discuss the future of the sport – and there were signs that opposition to where the sport was heading had faded considerably.

Reflecting on that last meeting, Todt explained: “On June 28 we had a dinner in my office in Geneva. It was him, Chase Carey and myself, to speak about the future of F1.

“And on the 29th, he sent me as SMS to say it was a great meeting, and ‘we will move positively for the sport’. I am sure about those dates, but I am not sure about when he went to hospital.”

Marchionne passed away in July following medical complications that came on after surgery.

Todt added: “Normally this dinner was due to be on the Sunday night after the Austrian GP, but he sent me a message to say unfortunately he could not make it, could we change and do it before? So we did it on 28th. And then the tragedy occurred.” 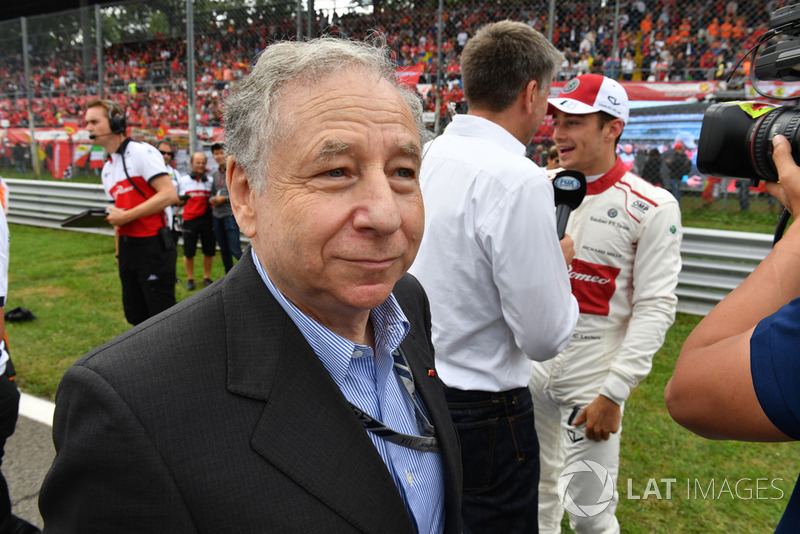 While the loss of Marchionne will have a big impact on the future of F1 and Ferrari, Todt is clear that it was a personal tragedy too.

“It is a big loss,” said Todt about the impact of Marchionne’s death. “Not only about all that he did for the industry, but the passion he had and with his style which he had. For me he was somebody with a great personality.

“I used to work with him before I was appointed as president of the FIA and we did not always agree. But in the end I quite liked him and I had a lot of respect for him.”

He added: “I will say honestly it is much more than about any future of F1 or anything, because the guy was 66. For me a human life is a human life, whatever you do, so it was very sad.”

New Ferrari CEO Louis Camilleri has already indicated a less aggressive approach that Marchionne to discussions over the future of F1, and Todt is confident that a deal can be reached that will keep the Italian team committed to the sport.

“He [Camilleri] is a very bright person,” said Todt. “He loves motor racing, and clearly it will be a completely different style, but he is a great, very talented businessman.

“He is a very straightforward person, so I am sure as FOM wants, as FIA wants, as I feel the team wants and Ferrari wants, we will be able to do a good job. I am very optimistic.”