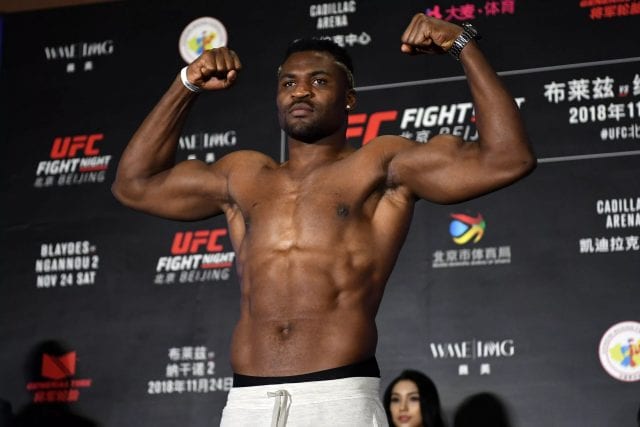 Mixed martial arts (MMA) will soon be legal in the nation of France.

France’s minister of sport Roxana Maracineanu announced the news on Monday that MMA would be recognized as a professional and amateur sport starting next year.

“As of January 1, 2020, #MMA will officially exist as a professional and amateur sports practice in France within the framework of defined by @Sports_gouv in harmony with the international landscape of this discipline,” Maracineanu posted on Twitter (via MMA Junkie translation).

MMA was banned in France in 2016 with the government claiming it would only be overturned if it was taken over by an existing French sports federation. Applications are reportedly due September and a final decision will be made December 31 to determine which federation will oversee the sport.

The UFC will be assisting with the process of making the sport legal as well, according to senior executive vice president and chief operating officer Lawrence Epstein.

“UFC welcomes today’s announcement by the Ministry of Sports, which is the first step in officially recognizing MMA and integrating the sport into the French sports ecosystem,” Epstein said in a statement (via ESPN). “We will closely follow the progress of the consultation period and pay particular attention to the respect of the integrity of MMA and preservation of its rules by the host federation. We put our global MMA expertise at the disposal of the authorities to make this process a collective construction.”

Many fighters hail or train from France, but none more notable than current UFC heavyweight Francis Ngannou. The former title challenger was born in Cameroon but got his start in the sport training with the MMA Factory in Paris, as he reacted to the news:

“MMA will officially be legalized in France in January 2020,” Ngannou wrote on Twitter. “Thank you to our sport minister @RoxaMaracineanu.”

The heavyweight could potentially headline a first-ever event taking place in France in the future. First, he’ll have to take care of business this weekend against Junior dos Santos at UFC Minneapolis.

If you enjoyed this story, please share it on social media!