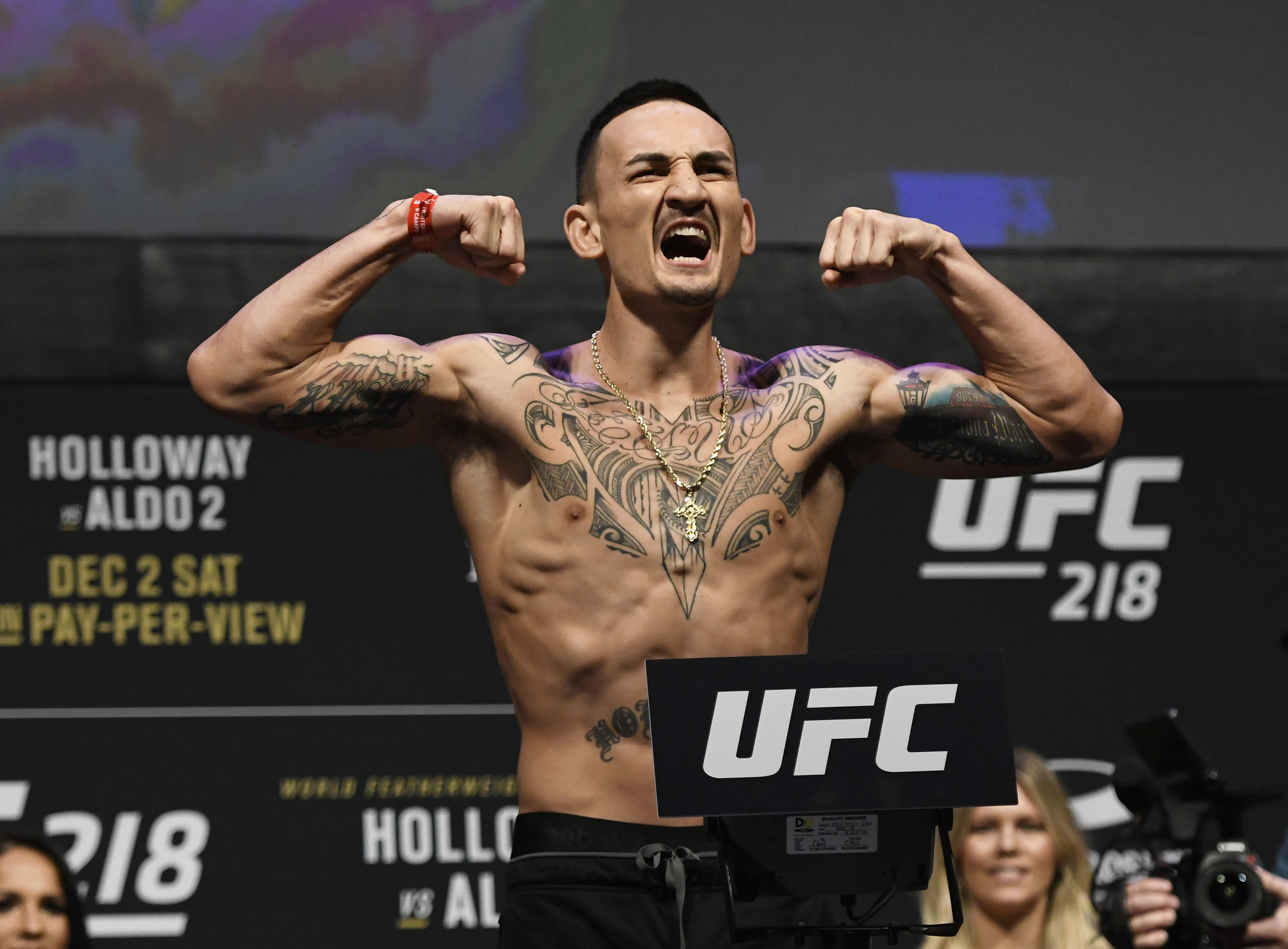 The UFC returns to Canada on July 27 for a pay-per-view event in Edmonton, Alberta. In the main event, reigning men’s featherweight champion Max Holloway puts his belt on the line against the great Frankie Edgar, who’s making one last push to become a UFC champion again. In the co-main event, former women’s featherweight champ battles undefeated prospect Felicia Spencer in what could be Cyborg’s final UFC appearance.

To be brutally honest, this is not one of the UFC’s better pay-per-view offerings, as name value is lacking and ranked fighters are few and far between. That said, there are several bouts that should produce high entertainment value, and as ever there’s money to be made. With fight night in Edmonton fast approaching, let’s take a look at which fighters are poised for big performances that also will lead to high scores for your DraftKings teams.

Holloway enters this title defense coming off a loss to Dustin Poirier for the interim lightweight title, the Hawaiian’s first defeat since 2013, spanning 14 fights. As champion at 145 pounds, he defended his title against Jose Aldo and Brian Ortega, looking as sensational as ever. Edgar has been out of action for more than a year, having last fought to a decision win over Cub Swanson. The former lightweight champ has tried to win featherweight gold, but he’s twice been bested by Jose Aldo, and when his UFC 222 bout vs. Holloway was nixed due to a Holloway injury, the notoriously tough Edgar was KO’d by Brian Ortega.

While there is reason for concern with Holloway a few months removed from his war with Poirier, this looks like a horrible stylistic matchup for “The Answer.” Holloway is an elite striker who drowns most opponents with his volume and precision. Edgar surely will look to use his wrestling to mitigate Holloway’s stand-up, but Max has become insanely hard to take down. Add in that Edgar is 37 years old and the likelihood his chin can’t withstand huge punishment as well as it used to, and I see Holloway stopping Edgar in the second half of the fight.

Number of Note: 215. Over his past three fights, Holloway has landed an average of 215 significant strikes, including 181 in his loss to Poirier and a staggering 290 in just four rounds against Brian Ortega.

For almost a full decade, Cyborg reigned as the best women’s featherweight in the world and arguably the best female MMA fighter in the world. Then came Amanda Nunes to knock her off her perch at UFC 232 last December. Cyborg hadn’t experienced an MMA loss since her pro debut in 2005! Looking to put the feared striker on an unthinkable losing streak is the undefeated Felicia Spencer, who entered the UFC as Invicta FC’s champion. As a significant underdog against Megan Anderson, the submission specialist imposed her game and choked Anderson out in the opening round.

Spencer is no doubt a talented fighter, but stylistically she’s the type of opponent who never really has given Cyborg any problems. It’ll be a tall task to get Cyborg to the mat, and she’s no slouch there. On the feet, Spencer will be at an obvious disadvantage. Another Cyborg knockout is to be expected here, but whether we see her in the UFC again after this weekend remains to be seen.

Number of Note: 17. Of Cyborg’s 20 professional wins, 17 of them have ended by knockout. She’s never won by submission, while Spencer has just one of her seven wins by knockout.

Neal was signed off of Dana White’s Contender Series in 2017 and has been simply spectacular in his brief UFC career. The Texas native submitted Brian Camozzi, knocked out Frank Camacho in an action-packed fight and most recently picked apart the famously durable Belal Muhammad by unanimous decision. Price is very much the definition of an “action fighter.” Either he gets the finish or he gets finished. In his most recent fight, he was on the cusp of being stopped by Tim Means, but dramatically turned the tables while hurt and became the first man to KO Means. He also famously knocked out Randy Brown with hammerfists from the bottom.

This is destined to be fun. Neal looks the part of a future contender with his accurate, powerful and high-volume striking. His takedown defense was super impressive against Muhammad. Price is a super dangerous threat offensively — both his striking and submissions — but he’s so porous defensively it will provide too many opportunities for Neal to capitalize on. It’ll be enjoyable for however long it lasts, but ultimately I think we see Neal get the knockout.

Number of Note: 4. Neal and Price have combined for 29 pro fights, and they’ve gone the distance just four times combined — Price has just one decision win, while Neal has three. They’ve both been knocked out once and submitted once.

Pantoja is an impressive 6-1 in the UFC, with that lone defeat against the always tough Dustin Ortiz. He has finished his past two opponents, submitting Ulka Sasaki prior to his UFC 236 first-round TKO of former title challenger Wilson Reis. Figueiredo has mostly lived up to his “God of War” nickname in his UFC career, notably knocking out John Moraga last August. When paired up with longtime contender Jussier Formiga, he was largely outclassed and saw his undefeated record end with a lackluster decision defeat.

This is not an easy one to call. Both men are very aggressive fighters who like to set a fast pace. Figueiredo’s Muay Thai is not to be messed with, and while Pantoja’s striking has steadily improved, he really impresses with his back takes and submissions. I see Pantoja looking to exploit Figueiredo’s takedown defense and being able to force a predominantly grappling-based match, which he’ll prevail in.

Number of Note: 6. Watch out for Pantoja’s rear-naked choke, as he’s used that for six of his eight submission wins.

Put your knowledge to the test. Sign up for DraftKings and experience the game inside the game.