The NFL regular season kicks off on Thursday when the world champion Philadelphia Eagles host the Atlanta Falcons.

Rosters rounded into shape Saturday as teams made their cuts from 90 players to 53. The Ravens waived wide receiver Breshad Perriman, the first time the Ravens parted ways with a first-round pick before his rookie deal expired.

Here’s a look at the most significant moves for each team.

The Falcons cut down to 52 players and wouldn’t reveal what position they are targeting with the 53rd and final roster spot, although coach Dan Quinn indicated they are looking at players to fill the void. Overall, Quinn said he feels good about the roster with the 37 returning players and 15 newcomers. Read more | Roster

The Ravens made an unprecedented roster move when they waived wide receiver Breshad Perriman. It marked the first time the Ravens parted ways with a first-round pick before his rookie deal expired. Perriman, the No. 26 overall pick in 2015, managed 43 catches for 576 yards and three touchdowns in 27 games. He never eclipsed 65 yards receiving in any game. Injuries, unreliable hands and lack of aggressiveness turned Perriman into one of the biggest draft busts in team history. Read more | Roster

The decision to keep three offensive linemen who will not be ready for the opener is significant. Starting left tackle Matt Kalil(knee), according to a league source, isn’t expected to be ready for the Sept. 9 opener against Dallas and could miss several more games. Right tackle Daryl Williams (knee) and left guard Amini Silatolu (knee) also made the roster. Read more 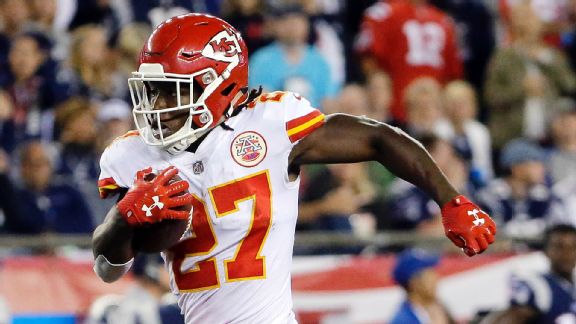 The Bengals released longtime defensive end Michael Johnson, and if he doesn’t end up re-signing with the team, it would be another move in a line of surprising cuts the Bengals have made this year. They parted ways with cornerback Adam Jones and released veterans George Iloka and Brandon LaFell. Considering the Bengals have typically kept their veterans through their entire contracts, it’s a departure from how they have operated in the past. But this isn’t necessarily the end, as Bengals coach Marvin Lewis said any of the three vested veterans released on Saturday have the opportunity to come back. Read more | Roster

Tight end Devon Cajuste, who had earned some fame with his heartwarming story about his pursuit of a job and relationship with his father on HBO’s “Hard Knocks,” was cut. Cajuste was one of the final releases, as the team had him as the fifth tight end on a roster that kept four. The Browns preferred Seth DeValve even though he missed a significant part of camp and preseason with a quad injury. Read more | Roster

The Cowboys cut kicker Dan Bailey in favor of Brett Maher, who has never kicked in a regular-season game. Only Justin Tucker at 90.2 percent has been more accurate than Bailey, who has made 88.2 percent of his kicks. There was no indication Bailey was in trouble, although Maher did have a strong camp and connected on a 57-yarder in the final preseason game against the Houston Texans. Bailey has made 11 game-winners in his career. Bailey was set to make $3.4 million this year. Maher will make $480,000. Read more

The Broncos’ most talked about move wasn’t a player they released, but rather one they kept. Paxton Lynch teetered on the edge of being cut for much of the preseason. Lynch lost battles to be the starter in 2016 and 2017 before losing the battle, to Chad Kelly, to be Case Keenum’s backup this time around. Read more | Roster

The Lions kept Ameer Abdullah, whose preseason was a lot like his career thus far — flashes of potential along with bouts of ineffectiveness and fumbling issues. The difference now is that Abdullah is expected to be a backup now versus the starter. The Lions drafted Kerryon Johnson and signed LeGarrette Blount. Read more

The Texans cut veteran punter Shane Lechler. Coach Bill O’Brien has always thought highly of Lechler, who signed a one-year, $2 million contract in March and punted for the Texans for five seasons. But during training camp and the preseason, Lechler was outshined by Trevor Daniel, an undrafted rookie. O’Brien said Daniel has a “strong leg” and a “good demeanor,” but the Texans coach said it was tough to move on from a future Hall of Famer. Lechler, 42, has punted for 18 seasons and made seven Pro Bowls. Read more

John Simon went from being an outside linebacker last season with the Colts to being their most productive defensive end in the preseason after their move to a 4-3 scheme. It’s surprising the Colts didn’t release Simon during the offseason if they didn’t feel like he fit their system. Read more

It’s surprising the Jaguars kept 10 offensive linemen, including three interior reserves in Tyler Shatley, Chris Reed and Josh Walker. However, that may be an indication that the knee injury center Brandon Linder suffered in the second preseason game will linger into the early part of the season. Both Shatley and Reed can play center and guard, and Shatley would be the starter at center if Linder can’t go against the New York Giants. Read more

The Chiefs signed cornerback David Amerson during the offseason hoping he could be part of the solution as they tried to replace Marcus Peters and four of their other top cornerbacks from last year. But during the preseason, Amerson played nothing like he had for the Raiders earlier in his career and was released. Amerson, signed as a free agent during the offseason, was the victim on multiple big passes in each of the three preseason games in which he played. The Chiefs prepared for the move in recent days by signing one corner, veteran Orlando Scandrick, and trading for another, rookie Charvarius Ward. Read more | Roster

Spencer Pulley played with an injured knee and started all 16 games at center last season on an offensive line that allowed a league-low 18 sacks. However, with the addition of Mike Pouncey in free agency, along with selecting developmental prospect Scott Quessenberry in the fifth round of this year’s draft, the Chargers chose to move on from the undrafted Vanderbilt product. Chargers head coach Anthony Lynn has said that he likes Jones’ upside. Read more | Roster

The Vikings cut veteran defensive end Brian Robison, who took a $2 million pay cut ahead of OTAs because he hoped to bring a Super Bowl title to the state of Minnesota. The preseason performances strung together by Stephen Weatherly and Tashawn Bower edged Robison out of the mix and provide the Vikings with ample depth behind Everson Griffen and Danielle Hunter. Read more

The Patriots currently have just three receivers on their initial roster — Chris Hogan, Phillip Dorsett and Cordarrelle Patterson. That’s especially light, and one would think the team is exploring the waiver wire and free-agent market for possible additions. Coach Bill Belichick and director of player personnel Nick Caserio have tried quite a few players at the position this year — Kenny Britt, Malcolm Mitchell, Jordan Matthews, Eric Decker etc. — and none of them stuck. Read more

The Saints released third-year running back Jonathan Williams, who was expected to play a key role during Mark Ingram’s four-game suspension. There were signs in recent weeks that rookie sixth-round draft pick Boston Scott’s role would be bigger than initially expected as a backup to Alvin Kamara to start the season. But it was still stunning to see Williams get cut — especially after the Saints released veteran Terrance West two weeks ago and placed veteran Shane Vereen on injured reserve Friday. Read more

The Giants kept four quarterbacks. Surely something else is brewing. You don’t keep four quarterbacks on your roster, especially when the starter (Eli Manning) has never in his 14 seasons missed a game because of injury. Kyle Lauletta is this year’s fourth-round pick. Alex Tanney is a career journeyman. The only remaining quarterback with any trade value is Davis Webb, a second-year quarterback who was selected by the previous regime. Expect something to change with the Giants quarterbacks in the next few days. Read more

The massive former Australian Rugby League player-turned-offensive tackle Jordan Mailata beat the odds and made the team. He was introduced to the sport in January and had his share of humbling moments on the practice field since being drafted by the Eagles in the seventh round, but Mailata has shown a remarkable amount of growth in a short period of time. The Eagles were concerned that he would be plucked by another team if put on waivers. Read more | Roster

Go bold or go home. Landry Jones is gone after five seasons, leaving no NFL experience behind Ben Roethlisberger at quarterback. But the Steelers drafted Joshua Dobbs and Mason Rudolph in consecutive drafts to develop them. They wouldn’t make this move if they didn’t feel good about Rudolph, this year’s third-round rookie, as a No. 2 behind Roethlisberger. Read more | Roster

Letting running back Joe Williams go is worth noting for a couple of reasons. First, the 2017 fourth-round selection became the first draft pick of the Kyle Shanahan/John Lynch regime to be let go. Of more importance, Shanahan and Lynch showed they understand the idea of sunk cost. More stubborn decision-makers might keep wishing and hoping that Williams would pan out. But when Williams combined injuries with a lack of production, the Niners decided to move on. Ideally, you wouldn’t whiff on a fourth-round pick such as Williams but hanging on to someone who wasn’t working out only exacerbates the issue. Read more | Roster

Isaiah Johnson won the fourth safety spot over seventh-year safety Keith Tandy, arguably the most versatile player in their defensive backfield and a key special teams player. Tandy and Lavonte David had been the only remaining members of the Bucs’ 2012 draft class. Johnson played in four games last season, registering four special teams tackles and a fumble recovery for a touchdown. The Bucs also released special teams captain and reserve defensive back Josh Robinson in favor of Ryan Smith. Read more

Help is on the way along the offensive line. The Titans activated right tackle Jack Conklin from the physically unable to perform (PUP) list on Saturday. Conklin tore his ACL in the divisional playoff game against the New England Patriots in January. Getting Conklin back gives the Titans the pair of bookend tackles to protect Marcus Mariota and relegates Dennis Kelly to a swing lineman who can fill in at tackle or guard. Read more