Uprising bouldering gym is moving to the old Harrington’s brewery on Ferry Rd in Christchurch, becoming the biggest facility of its type in the country.

A new world-class bouldering facility will cement Christchurch’s status as a mecca for the burgeoning climbing sport.

Occupying what was once the Harrington’s Brewery on Ferry Rd, in Waltham, Uprising HQ will be the biggest climbing centre of its kind in the country, and one of the biggest in the southern hemisphere.

Owners Sefton Priestley and Vaughan Jones said their new premises would be completed by March 2019. Their Uprising Boulder Gym, on Tanner St in Woolston, opened in 2015. 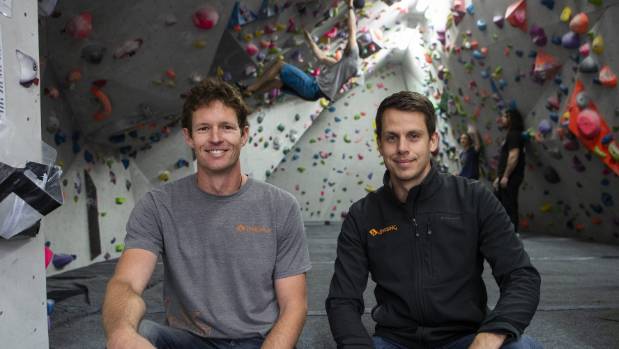 Vaughan Jones and Sefton Priestley, co-owners of Uprising Boulder Gym, which is moving into the old Harrington’s Brewery on Ferry Rd. Expected to open in March, it will be the biggest climbing facility in the country.

“Our aim is to redefine people’s standards in terms of what a climbing wall can be,” Priestley said.

Bouldering is similar to rock climbing, but at a lower height and without the ropes. Priestly described it as a problem-solving work out with more independence than rope-climbing. It is one of three climbing disciplines to be included in the Olympic Games from 2020, as well as sport and speed climbing. 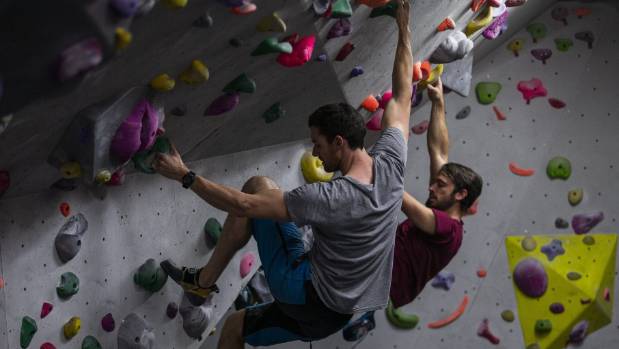 Castle Hill and Flock Hill, less than two hours drive from Christchurch city, have long been a drawcard for both local and international climbers.

At more than six times the size of their existing premises, Uprising HQ will include a large bouldering area, yoga studio, fitness gym, a dedicated children’s area, and cafe. They are even getting their own blend of coffee from Woolston’s Prima Roastery.

“We want people to look at this as potentially one of the best climbing facilities in the world,” Priestley said. 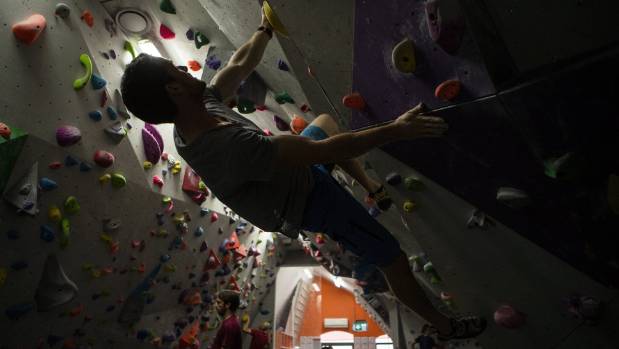 Johnny Smit climbs at Uprising boulder gym, which is moving from Woolston to the old Harrington’s brewery on Ferry Rd becoming the biggest boulder gym in the country.

He and Jones were “self-funding” the development, “leveraging off the success of [our existing] facility to get the funding we need to go larger scale”.

The pair run two other businesses alongside their gym – Uprising Climbing Holds and a climbing wall construction business. They recently installed a new bouldering area at Fergs On The Water in Wellington.

Jones said they would be constructing the climbing walls at the Ferry Rd facility themselves. At the scale expected, it would be unaffordable to have someone else build them.

“I do a lot of the construction myself, and we have a couple of staff who will be working on it too,” Jones said.

The tight space at their Tanner St gym, and physical proximity to proficient climbers, meant getting into the sport could be “intimidating” for newcomers.

“Our new centre is going to have a particularly large area for people to begin climbing on, and there will be many options for classes and groups to join,” he said.