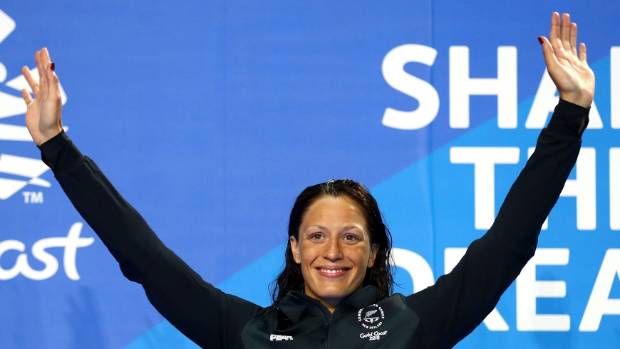 New Zealand has hauled in 15 medals at Pan Pacific Para swimming championships in Cairns, with Cameron Leslie taking gold after dashing from Sydney, where he was playing for rugby for the Wheel Blacks.

Leslie won gold in the men’s 150m individual medley – only two days before joining the swim team, he had won gold at the Wheelchair Rugby World Championship.

He was pleased with his performance in Cairns, considering he had to switch his focus overnight.

“I swam the target time we had set prior to the Championships, so got to be happy with that,” he said.

“The transition from wheelchair rugby to para swimming has worked really well and my body has performed well.”

Stellar swimmer Sophie Pascoe again lead from the front, winning a medal in all five races she contested.

Despite the team’s success, Pascoe still believed there was room for improvement. Cameron Leslie at the 2016 Rio Olympics.

“I’m pretty pleased with this meet and there is a lot to take away and put into training when we get home,” Pascoe said.

“The atmosphere has really lifted tonight and we all finished on a good high.

“The New Zealand team can all be proud of our races and go home with lots to work on going into the Tokyo 2020 Paralympics.” 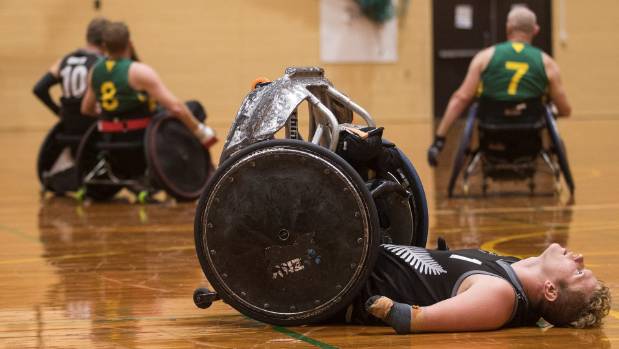 Cameron Leslie down and out during a Wheel Blacks test against Australia last year.

Manager Graeme Maw was extremely pleased with the team’s performance.

“It was a solid effort at the Championships as the team leave with 15 medals,” he said.

“It was great to see a real mix of the experienced and the new para swimmers”.

He commended the efforts of all of the athletes, but was particularly pleased with the rookie competitors.

“The newcomers were rewarded with a podium spot- Celyn Edwards in the relay, Chris Arbuthnott … Jesse Reynolds winning a medal three times throughout the meet”.

“It was great to see the team starting to hit the international podium and challenging a really strong Australian team”. 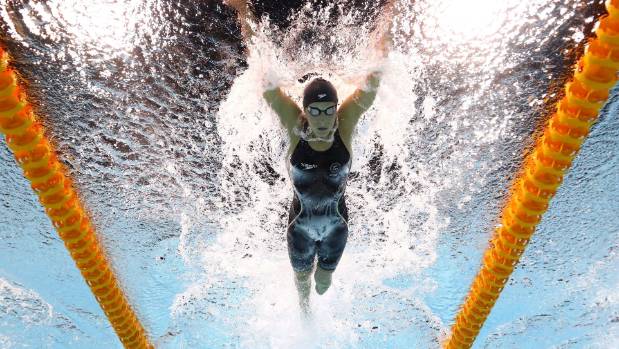 New Zealand’s Sophie Pascoe in action at the Commonwealth Games on the Gold Coast earlier this year.

“Overall, most of the team have certainly swum season bests if not personal bests, so really peaked here which is encouraging, however we have missed some occasions.

“Over the next two years building into the Tokyo 2020 Paralympics we will focus on consistency both in competition and in the pool during training”.