If Serena Williams has proved one thing in the past year or so, it’s that she’s unstoppable.

The tennis champ—who has won 23 grand slam titles throughout her tennis career—nearly died while giving birth to daughter Alexis Olympia Ohanian Jr. (whose father is Williams’s Reddit co-founder husband, Alexis Ohanian) in September 2017. Less than a year later, she’s preparing to compete at her first U.S. Open since she gave birth—and that’s just a few months after she came in second place at Wimbledon this summer. Oh, and don’t forget, she won the Australian Open in 2017 while she was pregnant.

Heading into this year’s U.S. Open, Williams is undoubtedly the tourney’s biggest star and her matches are some of its most anticipated. And this year, U.S. Open sponsor Chase is showing its support for Williams with an emotional new spot crafted by Droga5, featuring not only Williams, but her daughter, too.

The video opens with Williams cradling her daughter before placing her in her crib, walking out of the room as she prepares to head to the court. It’s a fitting depiction, as Williams has been open about the difficulties of balancing her grueling training and competitive schedule with motherhood. (Earlier this summer, she candidly tweeted that she cried after missing her daughter’s first steps while she was on the court.)

Short clips of Williams saying goodbye to her daughter, palm trees moving in the breeze and a pensive stare from the athlete all appear on the screen as Williams recites the lyrics to LL Cool J’s hit Mama Said Knock You Out. These lyrics, which include the lines “Don’t call it a comeback / I’ve been here for years / Rocking my peers / Putting suckers in fear,” feel eerily-applicable to her current life situation, as the public seems to have dubbed Williams’s first season back postpartum her own “comeback.”

She closes out the minute-long video standing on the court, looking directly at the camera, uttering the song’s title: “Mama said knock you out”—which also happens to be the title of this campaign.

Droga5 said that the ad is supposed to serve not only as an show of support to Williams as she heads into the Open, but also a reminder that she’s not “coming back” to the court from motherhood—she’s simply started a new chapter. In the ad, “we see the vulnerability that comes with being a new parent, but we also see that she draws strength from it,” said a release from Droga5. “Motherhood is not something that’s holding her back. It’s giving her the strength to press forward.” 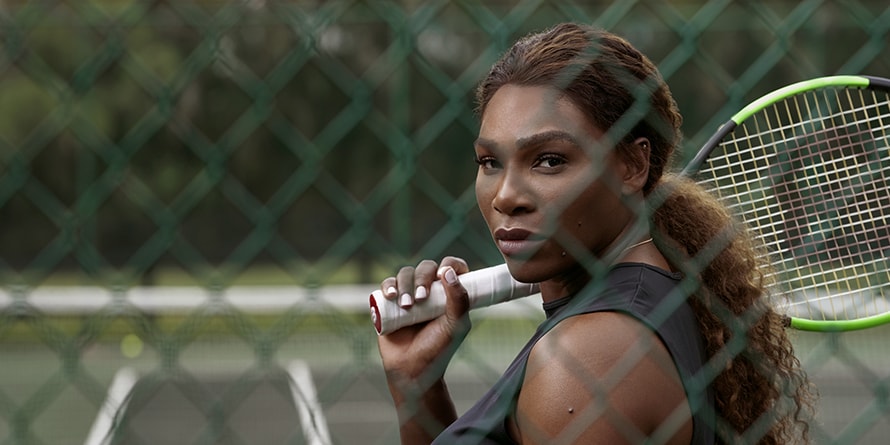