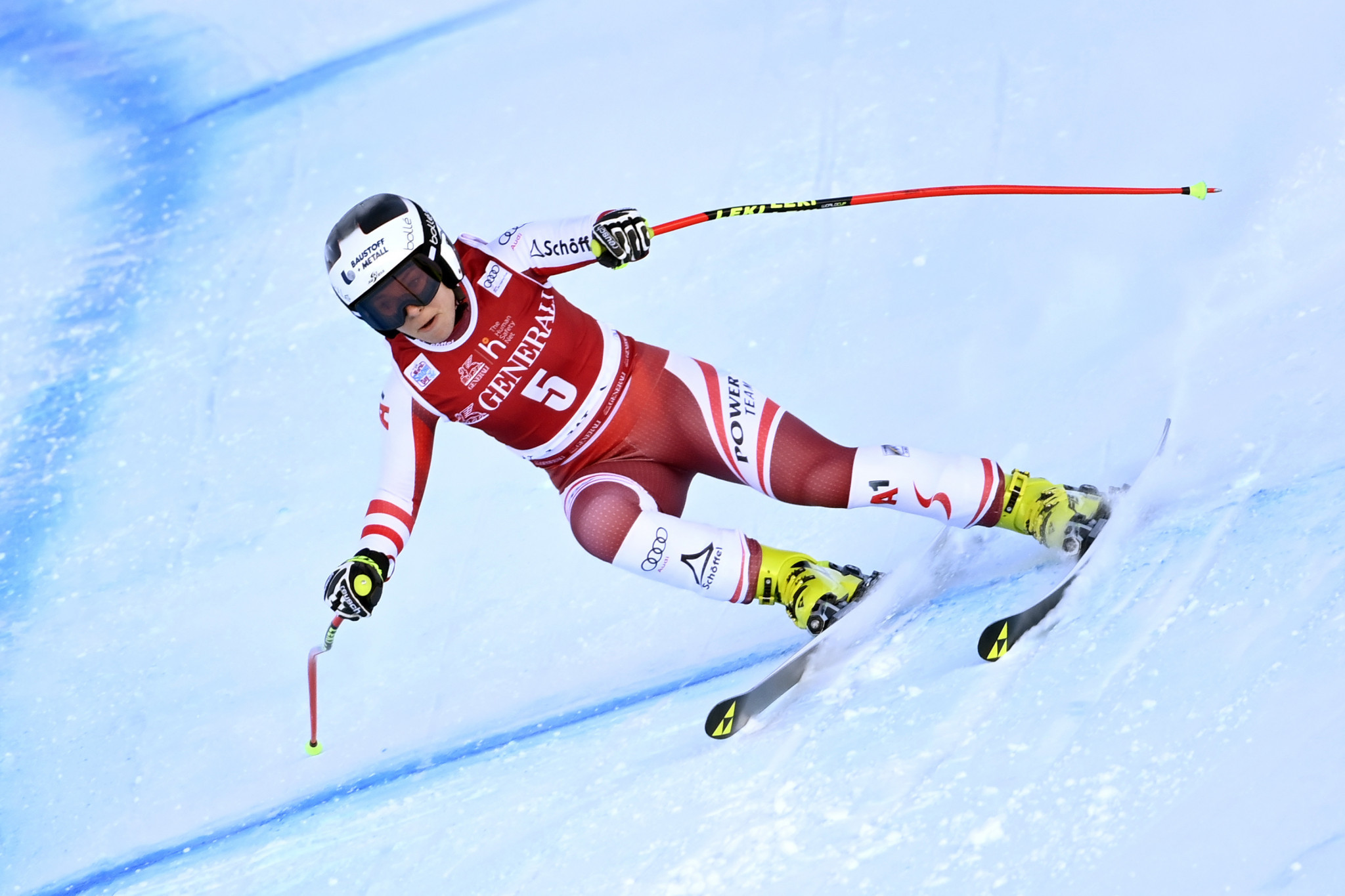 Schmidhofer was among the Austrian team present at the women’s team’s summer training camp in Ramsau am Dachstein, having been absent for eight months with a knee injury.

The 32-year-old tore her knee ligaments at Val D’Isère in December 2020.

The training was planned by trainer Andreas Hochwimmer, and featured fitness work through interval runs, as well as strength, speed and high-speed training to prepare Austria’s speed skiers for the start of the season.

After returning from her lay-off, Schmidhofer expressed her excitement at returning to action.

“I’ve never looked forward to a conditioning course as much as this one, it’s nice to be back with the team and to train together with the girls,” she said.

“I’m doing very well and by and large everything is going according to plan, just as I set out to do.

“We’ve got the body so far that I can do two workouts a day without being completely tired afterwards.

“I am positive that it will continue to go too well.”

The men’s downhill team, meanwhile, once again played ice hockey at the Red Bull Ice Hockey Academy in Salzburg to aid their preparations for the season.

Two-time Olympic gold medallist Matthias Mayer commented on the importance of the training.

“As a Carinthian you have to be able to play ice hockey, that’s just part of it,” Mayer said.

“The training is always casual, but also very intense.

“We also won the last match.”

Franz added that “the training also fits in well with the training plan, but I’m slowly looking forward to ski training again,” while Striedinger said “on the one hand, it creates a good stimulus and, on the other hand, it is also fun.”

The speed team will take part in their first joint snow training session in Switzerland at the end of the month.

Austria is traditionally strong at Alpine skiing at the Winter Olympics, with its 37 gold medals more than any other nation.

The Alpine skiing events at Beijing 2022 are due to be held from February 6 to 19 at the National Alpine Skiing Centre in Yanqing.

The splice is right for Aspen’s Silver Queen