Australians might like to have the odd joke at New Zealand’s expense, but when it comes to skiing, New Zealanders have always believed they have the last laugh.

New Zealanders don’t just think they have better ski-fields than their vexatious trans-Tasman neighbour, they know it.

Australia is the sunburnt country, after all – it doesn’t exactly have great snow sport credentials.

As a keen skier who has lived in Australia on and off for more than three decades, I have never actually contemplated taking to the slopes here, until this winter.

READ MORE:
* Six of the best: Australia and New Zealand mountain drives
* Queenstown ski areas named among the best in the world
* What to do in Thredbo if you don’t ski

But thanks to a busy work schedule, three days at Thredbo seemed more achievable than a week in my beloved Wanaka. So how does one of Australia’s most popular ski resorts stack up if you’re a patriotic New Zealander? 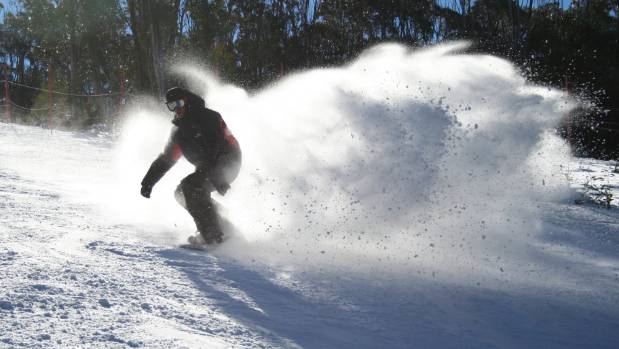 Thredbo sits at a respectable 2037 metres at its highest point.

Let’s get the bad news out of the way first: we skied in the rain at Thredbo – a first for me and something that is highly unlikely to happen in New Zealand because the ski-fields are generally at higher altitude. That rain would be snow.

While Thredbo sits at a respectable 2037 metres at its highest point, the lower runs are not much higher than the village, which is at 1365 metres.

This, however, is also the great joy of the place. At most New Zealand resorts you endure a daily drive up a precarious mountain road to reach the slopes (and the indignity of jostling for a car park like a weary weekday commuter).

In Thredbo you can wake up at a hotel such as the ideally located 36-room The Denman, push back your curtains and see the first skiers of the day tracing S shapes on the mountainside.

The snow was actually pretty good, too – at times it was both powdery, icy and slushy; just like everywhere else I’ve ever skied.

You could spend just about all of your day at Thredbo, shuttling between the resort’s seven on-mountain cafes, bars and restaurants.

Some of them are decorated (incongruously enough) with chainsaws, horse saddles and German beer posters. They also have multiple TVs playing extreme ski videos and seem to specialise in deep fried food to suit the uni crowd.

But I was pleasantly surprised to discover the Kareela Hutte tucked into the side of the mountain halfway down the 3.7-kilometre Supertrail.

The lunch menu includes butter-poached lobster and a wagyu burger with sauteed foie gras served with truffle fries and G.H. Mumm champagne available by the glass. Take a seat at the window or outside on the deck in more forgiving weather. 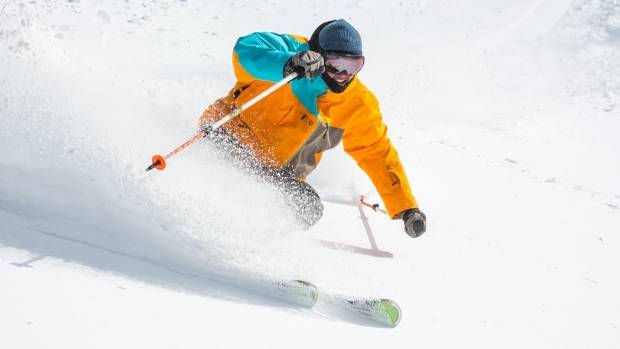 Lower runs are not much higher than the village, which is at 1365 metres.

There’s nothing quite like reaping the rewards after willing yourself to slide down a steep, snowy slope on a couple of planks of wood.

Here’s the thing about Thredbo: the intimacy of the village and its proximity to the actual skifield means it has a great apres-ski vibe.

Modelled on a European ski village, there are more than 30 bars and restaurants in Thredbo, so it’s possible to enjoy a thimble of schnapps after a day on the white stuff. (And, yes, everyone in Thredbo is obsessed with schnapps – a fact I can only ascribe to the fact the resort was founded in the 1950s and ’60s by Austrians working on the nearby Snowy Mountains Scheme).

Our hotel, the otherwise sedate Denman, has live music in its popular apres ski bar four nights a week and elsewhere in the village there are a huge number of poolside parties, DJ nights and winemakers’ dinners.

Depending on how old you are that vibe may, of course, be somewhat unwelcome at 11pm when you are trying to sleep.

Just about every mountain claims to be kid-friendly (that’s the next generation of skiers, after all) but Thredbo actually delivers with plenty of easy terrain for beginners.

There’s an excellent beginners’ chairlift called Easy Does It with a short, gently sloping run that even my four-year-old was able to master in the first day or so.

Off the mountain there are plenty of family friendly restaurants (try the Thredbo Burger Bar) as well as a fireworks display and flare-run best-watched from your table at The Denman’s restaurant.

The Thredbo Leisure Centre has a pool, waterslide, trampolines and squash courts for those days when the weather (or the small people) just doesn’t want to cooperate.

So can you enjoy a skiing holiday when you have been raised to think of the whole idea of skiing in Australia as an oxymoron? Surprisingly, yes.

While I’ll always have mixed feelings I have to admit that Thredbo offered plenty of things that my home country doesn’t.

Lauren Quaintance travelled as a guest of The Denman and Thredbo.

Thredbo is equidistant from Sydney and Melbourne – about six hours’ drive from both cities. A park entry fee is required for the Kosciuszko National Park; A$190 for an annual pass or A$29 a day in winter; see nationalparks.nsw.gov.au

A full-day lift pass at Thredbo costs A$140, less if purchased seven or more days in advance; a first-timer lift and lesson package for children or teens costs A$112; see thredbo.com.au

During ski season, rooms at The Denman start at A$450 a night for a single room on a week night. See thedenman.com.au